Welcome to the official website of the Consulate General of the Republic of Liberia in New York. Its jurisdiction covers the Americas and Canada

The Consulate General of the Republic of Liberia in New York continues to perform its usual duties as Foreign Mission of the Republic of Liberia responsible for offering, in accordance with the local laws and with international laws, certain public services in its area of jurisdiction. These services offered include the promotion of the interest of Liberia and seeking the well-being of its nationals in the receiving state, the development of Liberia’s Economic, Commercial and Cultural relations, as well as Trade Promotion within these areas.

We offer the following Services 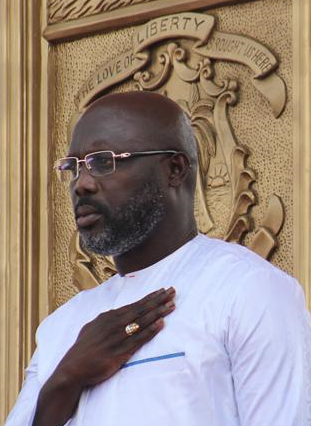 The Liberian Consulate in Georgia partners with Brussels Airlines to boost Travel, Tourism and Investment in Liberia
Read More

We are open to the public Mondays through Fridays 10:00 AM to 3:00 PM.
We observe all Liberian and US holidays.

The first official presidential residence was is located Broad Street.The new refurbished Executive Pavilion was recently used as the venue for the Inaugural Ball of the second term of the President Sirleaf government.

The Capitol Building: Seat of the National Legislature of Liberia

The House of Representatives is the  lower chamber of the bicameral legislative branch of Liberia, and together with the Senate comprises the National Legislature of Liberia.

The Executive Mansion of Liberia: Official Seat of the Liberian Presidency

The President of Liberia resides and works in the Executive Mansion within the capital of  Monrovia.Located across the street from the Capitol Building in the Capitol Hill district.

On Ashmun Street, you can visit the Centennial Pavilion, which Liberia uses to inaugurate its presidents. As a renovated and historical part of the city, it features numerous monuments, and it contains the gravesite of William V.S. Tubman, a former Liberian president.

The National Museum of Liberia is a  national museum in Monrovia, Liberia. Initially housed in the First Executive Mansion on Ashmun Street of the city which is now used as a library, it was established by an Act of the National Legislature in 1958 under the administration of Liberia’s 18th President, Dr. William V.S. Tubman.

Located in Bong County not far from Phebe and Cuttington university. Just before Gbarnga, the capital of Bong County. It’s a real paradise deep inside the Liberian forest. Go there and enjoy!

Monrovia is the capital city of the West African nation of Liberia. Located on the Atlantic Coast at Cape Mesurado, it lies geographically within Montserrado County, but is administered separately.

It is situated in the heart of Monrovia on one of the city’s most desirable boulevard, the Royal Hotel is a cool and gracious Haven that recalls elegance and splendor. Close to Monrovia’s nerve center, the international Embassies, the Executive Mansion, Government Ministries, United Nations Headquarters, popular restaurants and just 45 minutes away from the […]

The hotel is located in Oldest Congo Town, walking distance from the new Ministry of Health (so great if that is where you need to go) and not far from Sinkor. It is a little way to downtown (Mamba Point area)

The Consul General, Hon. Rudolph E. Sherman, Jr., and Staff at the Consulate General of the Republic of Liberia in New York wishes to extend deepest condolences to His Excellency, Hon. Gbehzohngar M. Findley, Minister of Foreign Affairs, Republic of…More

President Weah Confers Grand Master of the Order of Distinction, Liberia’s Highest Civilian Honor on UN Resident Coordinator Yacob El Hillo, for his invaluable contributions to Liberia’s peace and development during his term of duty in the country

H.E Dr. George M. Weah is assisted by Foreign Minister H.E Gbehzongar M. Findley as H.E admits Nigerian President H.E Muhammadu Buhari into the Grand Order of the Most Venerable Order of the Knighthood of the Pioneers of the Republic of Liberia, with the Grade of Knight Grand Cordon, with the Colar of State at official ceremony marking the 172nd Independence Day of the Republic of Liberia on July 26, 2019 at the Samuel Kanyon Doe Sports Complex in Paynesville, Liberia